Rule of the Secular Franciscan Order

Exhortation of Saint Francis to the Brothers and Sisters in Penance

In the name of the Lord!

Concerning Those Who Do Penance

All who love the Lord with their whole heart, with their whole soul and mind, with all their strength (cf. Mk 12:30), and love their neighbors as themselves (cf. Mt 22:39) and hate their bodies with their vices and sins, and receive the Body and Blood of our Lord Jesus Christ, and produce worthy fruits of penance.

Oh, how happy and blessed are these men and women when they do these things and persevere in doing them, because “the spirit of the Lord will rest upon them” (cf. Is 11:2) and he will make “his home and dwelling among them” (cf Jn 14:23), and they are the sons of the heavenly Father (cf. Mt 5:45), whose works they do, and they are the spouses, brothers, and mothers of our Lord Jesus Christ (cf. Mt 12:50).

We are spouses, when by the Holy Spirit the faithful soul is united with our Lord Jesus Christ; we are brothers to him when we fulfill “the will of the Father who is in heaven” (Mt 12:50).

We are mothers, when we carry him in our heart and body (cf. 1 Cor 6:20) through divine love and a pure and sincere conscience; we give birth to him through a holy life which must give life to others by example (cf. Mt 5:16).

Oh, how glorious it is to have such a Brother and such a Son, loved, beloved, humble, peaceful, sweet, lovable, and desirable above all: Our Lord Jesus Christ, who gave up his life for his sheep (cf. Jn 10:15) and prayed to the Father saying:

“Oh, holy Father, protect them with your name (cf. Jn 17:11) whom you gave me out of the world. I entrusted to them the message you entrusted to me and they received it. They have known that in truth I came from you; they have believed that it was you who sent me. For these I pray, not for the world (cf. Jn 17:9). Bless and consecrate them, and I consecrate myself for their sakes. I do not pray for them alone; I pray also for those who will believe in me through their word (cf. Jn 17:20) that they may be holy by being one, as we are (cf. Jn 17:11). And I desire, Father, to have them in my company where I am to see this glory of mine in your kingdom” (cf. Jn 17:6-24).

Concerning Those Who Do Not Do Penance

But all those men and women who are not doing penance and do not receive the Body and Blood of our Lord Jesus Christ and live in vices and sin and yield to evil concupiscence and to the wicked desires of the flesh, and do not observe what they have promised to the Lord, and are slaves to the world, in their bodies, by carnal desires and the anxieties and cares of this life (cf. Jn 8:41).

These are blind, because they do not see the true light, our Lord Jesus Christ; they do not have spiritual wisdom because they do not have the Son of God who is the true wisdom of the Father. Concerning them, it is said, “Their skill was swallowed up” (Ps 107:27) and “cursed are those who turn away from your commands” (Ps 119:21). They see and acknowledge; they know and do bad things and knowingly destroy their own souls.

See, you who are blind, deceived by your enemies, the world, the flesh and the devil, for it is pleasant to the body to commit sin and it is bitter to make it serve God because all vices and sins come out and “proceed from the heart of man” as the Lord says in the gospel (cf. Mt 7:21). And you have nothing in this world and in the next, and you thought you would possess the vanities of this world for a long time.

But you have been deceived, for the day and the hour will come to which you give no thought and which you do not know and of which you are ignorant. The body grows infirm, death approaches, and so it dies a bitter death, and no matter where or when or how man dies, in the guilt of sin, without penance or satisfaction, though he can make satisfaction but does not do it.

The devil snatches the soul from his body with such anguish and tribulation that no one can know it except he who endures it, and all the talents and power and “knowledge and wisdom” (2 Chr 1:17) which they thought they had will be taken away from them (cf. Lk 8:18; Mk 4:25), and they leave their goods to relatives and friends who take and divide them and say afterwards, “Cursed be his soul because he could have given us more; he could have acquired more than he did.” The worms eat up the body and so they have lost body and soul during this short earthly life and will go into the inferno where they will suffer torture without end.

All those into whose hands this letter shall have come we ask in the charity that is God (cf. 1 Jn 4:17) to accept kindly and with divine love the fragrant words of our Lord Jesus Christ quoted above. And let those who do not know how to read have them read to them.

And may they keep them in their mind and carry them out, in a holy manner to the end, because they are “spirit and life” (Jn 6:64).

Chapter Two: The Way Of Life

“May whoever observes all this be filled in heaven with the blessing of the most high Father, and on earth with that of his beloved Son, together with the Holy Spirit, the Comforter.”

(Blessing of St. Francis from the Testament) 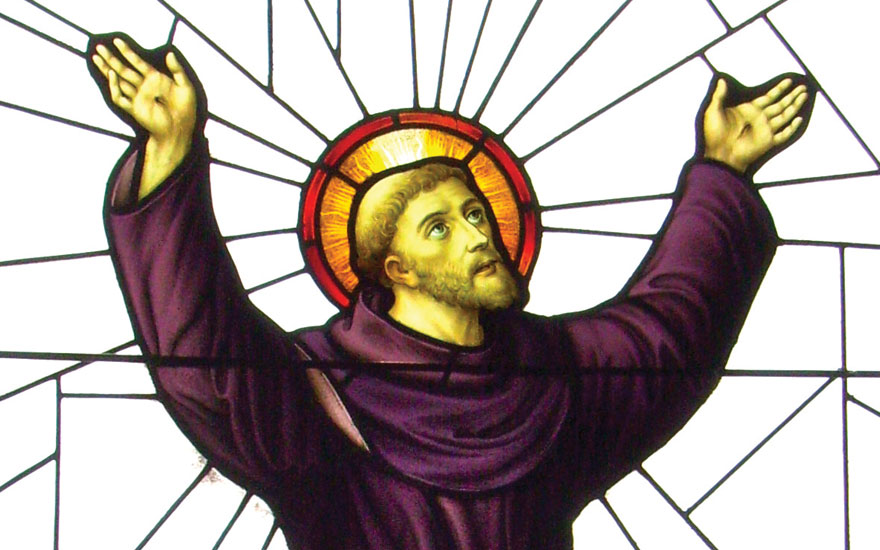 See more about us!

About Us
Meet our Members
Our Council 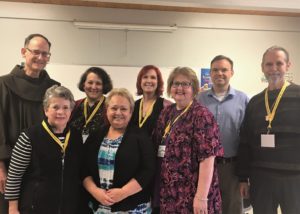